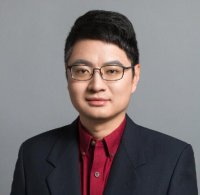 Dr. Chun Tang is a senior investigator from the Chinese Academy of Sciences, Wuhan Institute of Physics and Mathematics. He obtained his BS degree from the Department of Biology of Zhejiang University in 1998, and his PhD degree from the University of Maryland Baltimore Count under the mentorship of Prof. Michael Summers, member of the US National Academy of Sciences (http://www.hhmi.umbc.edu/). From 2003 to 2007, he did his postdoctoral research at the National Institutes of Health with Dr. G. Marius Clore, also a member of the US National Academy of Sciences (https://spin.niddk.nih.gov/clore/). In 2008, he stared his lab at the University of Missouri, Columbia as a tenure-track assistant professor of biochemistry, For the love of his wife, his family and his home country, he closed his laboratory in the US and moved back to China in 2010 (http://scitech.people.com.cn/GB/17028129.html). He currently serves as the director of the Key Laboratory of Magnetic Resonance in Biological Systems of the Chinese Academy of Sciences.

Dr. Tang is fascinated by the dynamic behavior of protein and other biological macromolecules. He is one of the pioneers of using paramagnetic nuclear magnetic resonance (NMR) to visualize protein structure and dynamics. He has developed a number of NMR, biophysical and computational methods, which have been frequently utilized to elucidate the clockwork of biological macromolecules. Dr. Tang has published more than academic 50 papers in peer-reviewed scientific journals, including Nature (3), Nature series (2), JACS (2), Angew Chem Intl Ed (3), PNAS (2), either as first author or corresponding author. These papers received several thousand citations (https://scholar.google.com/citations?user=M1JwkrwAAAAJ&hl=en).

Dr. Tang has received much recognition for his acomplishments. He has been awarded the Outstanding Young Scientist by the National Natural Science Foundation of China, enrolled in Young Top-notch “Ten-thousand Talent Plan” by the Central Organization Ministry of China, and selected International Young Scientist by the Howard Hughes Medical Institute (http://www.hhmi.org/scientists/chun-tang). He is also a chief scientist on a research program from the Ministry of Science and Technology. Dr. Tang also serves on several academic committees; he is the president of the Chinese Society of Magnetic Resonance in Biological Systems, a sub-committee of Chinese Biophysical Society, and the president of Hubei Society of Structural Biology.

the ORCID link of Dr. Tang